If you fail to plan, You plan to fail.

The 1st text msg:
Ni aku zal,wei.. G lmbt sket leh x dlm kl 12.. Aku xde kdt tau. Pape juz col aku ek.
The 2nd text msg:
Aku nie zal.. Wei.. aku de kenduri kwin r kt gombak.. Kte g ari rabu leh x?
I was just about to get into the car when I received the second text msg. I was devastated. It was supposed to be me and her, the two of us, lepak-king kat Ou. And she bailed on me. I was like okayy. Luckily, my sister and brother came along to watch twilight, with my little brother, Aiman, tagging along. Plan B. Instead of going out with my best friend from standard 1, I went out with my 2 sister and 1 brother.

Zal called me after the 2nd text msg, asking can we go out this coming wednesday. I guess I was a bit pissed off. So I told her I'm not sure. Money is not the main problem here. It was just the fact that I let her pick the day we are supposed to go out and she was the one telling me the last nano second minute that she can't make it. Kenduri kahwin on Monday? I don't think so. But she is my best friend though.

I lost my mood for awhile. Come on, you will too if you were me. Well, being an ever optimist, I decided to make the best out of this situation. This was the first time the four of us went out together without parents or adult supervision(me? haha). Cool. The uncool part was my little brother, Aiman was tagging along too. Uncool doesn't mean I don't want him here, it's just uncool coz it's uncool. GET IT? Plus, I thought since I was supposed to be hanging out with Zal, he will ended up being babysit by my sisters (which is why I persuaded them to bring Aiman in the first place). Last-last, I ended up babysitting him.

We arrived, around 11.30 am. Our first stop was Popular. Ibah just can't wait to get her hands on New Moon. Yes, she had become a fellow twilighter like the rest of the girls around the globe. I was searching for a 2009 diary since D already bought me a schedule planner. There was a section where all the diary is. I have to say that, diary is DAMN expensive! Most of them cost around 30-50 bucks! There were even a diary which cost a whooping 80 bucks! Since I don't feel like spending so much on a diary, I took the cheapest there is, RM10. Ahh.., I suke barang murah. Ibah didn't get her New Moon that she wanted because there was none left. Too bad.

Then, we head ourselves to Ou new wing. Our destination was to get ourselves tickets from GSC before a lot of people shows up. As planned, Ibah and Kinah went for twilight. What wasn't plan was me and Aiman. Jeez. I don't think any guy will enjoy watching romantic movie, even if they're vampires involved. So, I let him choose the movie that he wants to watch. It was Cicakman 2. Yeah. I'd chose Cicakman 2 over twilight. Sue me. I don't feel like seeing the romance of Edward Cullen and Bella Swan. Yeah. Kill me. 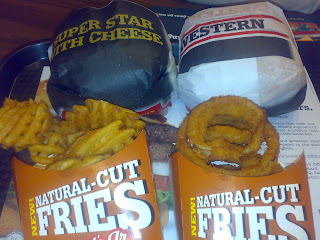 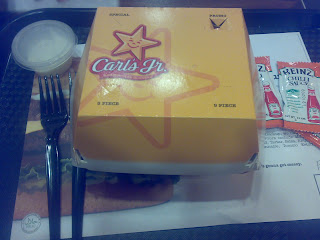 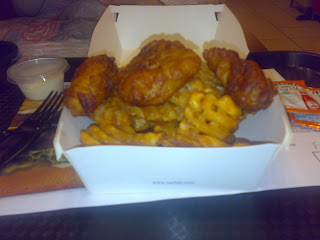 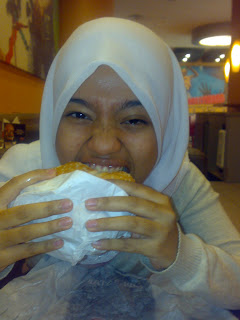 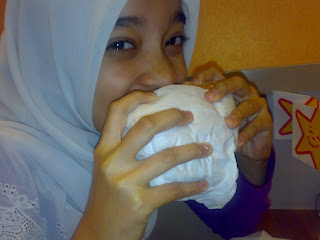 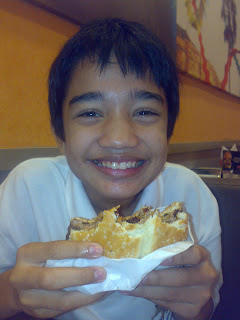 Cicakman 2 was.. hurm, boring? lame? urr.. over? yeah, that's the word. The movie was over-done. Banyak lawak yang tak menjadi. Too much was focus ws laid on the fighting scene, less on the storyline. I'll just rate it 3 star out of 5. Malaysian movie standard of course. Cousins or relatives of KRU don't get mad at me, I'm paying for the ticket you know.

Forever 21. I wanted to find a for-class bag. Make it black. There were 4-5 variety of them but I didn't like any of them. So, I decided to stick to the list: black flats and black bag. That was the plan untill my sister showed me this jeans. Grey Jeans! I was like OH MY GOWSH! The jeans that I searched my whole life!! (gile exeggerate kan.. hehe). I decided to try that jeans and a green long sleeve shirt and black skirt. Ibah chose, sour-plum coloured jeans and maroon long sleeve shirt. The jeans fitted me just right. Well, except it was longer coz I'm kinda short, obviously. It was like my destiny to find this particular jeans in this particular store (I'm exeggrating again). But don't all girls feel that way too sometimes ;) So i paid for the jeans. Ahh.. The list? Dah buang kat laut. Hehe. Who cares? Owh, Adibah got herself the jeans and the long sleeve shirt. Aiman and Kinah waited for an hour outside. A worthy sacrifice I would say.

Aiman: Lamenye Kak Isz ngan Ibah. Enan dah berak pown korang tak siap-siap lagi.
Pull and Bear. I wanted so badly to go there. And.. It was next to Forever 21. I didn't freaking realized that!! Haha.. And D told me it was somewhere near Tropicana Life. I don't think i'll trust short-sighted people anymore. (jangan marah D, memain je :P) hehe. So, I went in there. It's exactly like Zara. Considering the fact that it is under Zara. Duhh. And Ibah shows me this amazingly cool retro sling bag. Ah, I'm in love. But I have insufficient money left. ATM card was a different story. So I didn't went for the bag. Plus, there were more shops that I haven't visited yet. I have to say the shoes there are gorgeous! But they all have the same label 'contain pig skin lining'!! Shit la weyh!! Why oh why...

MPH. Ibah wanted to get her New Moon. Again, there was none left. Too bad. Instead, Ibah and I bought animal-like pencil case. FYI, it only cost RM15. And the amazing fact that I got myself Pendragon 8. Yeah! :0 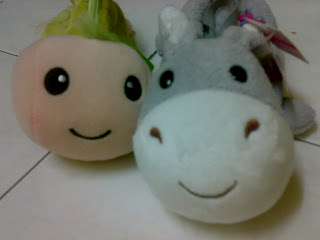 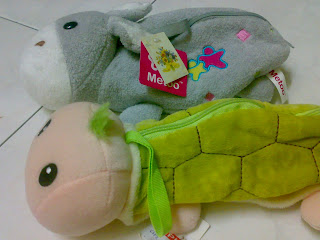 Cucut the turtle and Hobo the donkey or a rabbit?
My first thought was, it's a donkey.
Then my dad said it's a rabbit.
I got kind of confused.
Whaddaya think?
Donkey?
Rabbit?
Donbit?
Rabkey?

Zara. Tak kesampaian. My dad was coming in 20 minutes time. That's not enough. So we just went walking. Yeah.

Plans are worthless, but planning is invaluable.

In the case of me and my bestie, the plans are worthless and the fact that i had planned this all along with my siblings helped save the day.

In the case of the list: black flats and black bag, dua-dua tak boleh pakai. haha. It was inevitable ;0 . 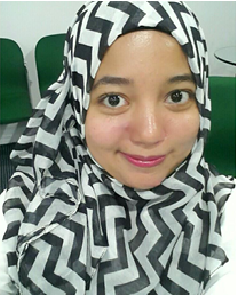